In Toodyay, WA, a small 1860s farmhouse has been transformed into an Australian Hamptons mansion sprawling over 1,000sqm.

Now known as ‘The Farm Estate’ the property, which has been in the Bowen family for five generations, has been reimagined by award winning designer and James Hardie ambassador, Natalee Bowen. The house before the renovation.

“The Australian Hamptons look is uniquely our own, standing apart from the American original,” says Natalee. “It combines the original tenants of timeless style that evokes the surrounds and a love of entertaining, with Australian hues and classic weatherboard. We wanted to embody those ideas in The Farm Estate by continuing the legacy of the traditional home, while exploring that of the Hamptons style.

This is a fairly recent incarnation of the American look that is synonymous with celebrity and extravagance.

“This design origin makes it surprisingly easy to place in rural WA,” Natalee says of the coastline farm house look.

Upon first look it’s easy to see the grandeur of the Hamptons style thanks to the addition of two wings and a refined roofline accented with gables. At the same time an extensive veranda, corrugated iron roof and a full Linea Weatherboard wrap, tie the home to the classic Queenslander style.

“Nothing typifies traditional Aussie home design quite like weatherboard. This offers an element of texture with simple shadow lines and an air of craftsmanship. In America they use shingles which are staggered to create a more complex pattern and over time, fade to light grey in the sun giving a home a sense of timeless charm. Traditionally, this would require timber which is relatively high maintenance in the long run.

“Thankfully, there are modern alternatives like Linea Weatherboard, which is made from thick boards of premium fibre cement that create deep, defined shadow lines. They are also resistant to warping, flaking and damage from moisture and fire, so they hold the look longer,” says Natalee.

The colour scheme was selected following two weeks of white and grey paint testing before settling on Milton Moon and Lexicon quarter strength. Greys, in particular, can be reflective and, paired with white, creates a traditional Hampton look that won’t date.

“When choosing colour ways think long term, as it is a big investment that you’ll have to live with or make costly changes.” Doors were a central part of the design with tones chosen to suit the farmland location, including pairs of Classic PCL 4G entrance doors with clear glazing by Corinthian Doors.

“Doors, especially front doors, have to be chosen carefully and speak to the design of the rest of the home. I love the way that the blue of ours introduces the colour choices within,” says Natalee. “The tall glazed panels not only create a sense of scale, but encourage the eye to glimpses of blues in pillows and tradition ginger jars inside. It has the effect of inviting you into the house before the door even opens,” she adds.

The Blonde Oak AWO 40 French doors by Corinthian match the ones used around the exterior to encourage the open plan lifestyle that’s synonymous with the look, continues Natalee. To provide continuity and further encourage light into the home, the French doors connect shared living areas, while the addition of solid doors with refined details enclose more private locations.

The Moda interior door collection is based on the shaker design principles of refining down to the bare essentials, working in harmony with the rest of the home. A look that is suited to the style, Natalee continues: “When people think of the Hamptons they think of lavish luxury, but what they may not know is that the style was inspired by farm houses further inland. Developers emulated these homes when building on the coast as the area became popular in the 90s. In the process a lot of that simple, charming Shaker style came through and grounded the style, preventing it from looking ostentatious.” Inside the home, the detailed craftsmanship of the facade is continued with James Hardie’s Axon cladding in the veranda’s soffits. This vertical groove look is mirrored within, through Hardie Groove lined ceilings.

Additions such as Akubra hats next to blue and white of ginger jars and numerous seating options pay homage to generations of Bowens and Natalee’s love of Hamptons. In the kitchen, cabinets have been given a twist with a navy finish, part of a unique colour palette that also reflects the surrounds.

Additionally, HardieGroove panelling features in the bathrooms and master bedroom as a new take on the traditional square panel and dado rail wainscoting. This in turn continues the textured detailing through from the front to the back of the home. “No Hamptons home is complete without an indoor-outdoor entertaining space, which ties perfectly into the Australian lifestyle,” says Natalee. “We wanted to create something with a wow factor and have six seating areas in the gardens and under the veranda, which is lined with Axon cladding to cope with extremes in weather conditions.”

Life under the Australian sun can present a number of issues, foremost being temperature control. Here, the Linea Weatherboard’s premium fibre cement composition aids insulation as it has a lower thermal load than masonry meaning it holds onto less heat. This effect has been bolstered with Hardie Break thermal strip. They were added by local builders, The Carport Co. quickly and efficiently due to their easy ship lap installation.

By combining the timeless charm of New York State’s quaint farm lets and extravagant coastline properties, with the natural beauty of rural WA’s wheat fields, Natalee’s latest renovation has created an Australian Hamptons legacy all its own, while embodying those that inspired it.

Architectural Trends to Watch Out For in 2019
Anna Hayes 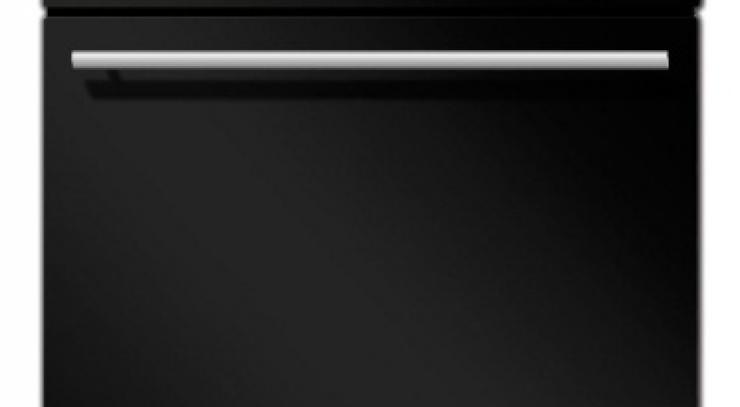