Home video: where to start 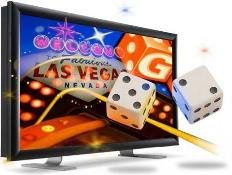 Home video means far more these days than it did a decade ago.

Home video refers to any visual aspects of your home entertainment system, and may include things like HDTVs, projectors and projector screens, Blu-ray players and streaming video systems, to name a few. The technologies used for home video have progressed in leaps and bound in recent years, with recent additions including high resolution, 3D TV and internet-connected smart TV systems.

Most people, when buying video systems or screens, will be looking for the best quality picture they can afford. Below is a list of some of the options that are available for home theatre systems.

HDTV stands for 'high definition TV'. These include LED, LCD and plasma televisions that are capable of producing a high definition picture. LCD TVs are currently the most widely produced and sold television type, and available in many sizes. LCD's are generally less energy efficient than LED TVs, which use similar technology. LED TVs are also thinner, lighter and give a better picture, but they're also considerably more expensive.

Plasma TVs use more energy again, and are generally thicker than LED and LCD TVs, but they're also considered to give a smoother picture and deeper, richer contrast. Plasma TVs generally don't come any smaller than 32 inches, so are better suited to large screens.

Cathode ray tube televisions are the boxy, old-style televisions that dominated living rooms up until about the year 2005. Like plasma TVs, CRTs are also a bit power-hungry by comparison. Because they use a 'tube' to project the image on the screen, they take up far more space than LED TVs, LCD TVs and plasmas, and aren't capable of providing a high definition picture. CRTs are normally only sized up to 32 inches but unlike newer screens, are not subject to issues like dead or frozen pixels.

Projectors and projector screens are increasingly popular for large home entertainment systems, but can also be installed semi-permanently, or even be mobile. Projector screens can be connected to just about any video input, but rely on a careful setup to ensure that a good image is achieved, and are heavily influenced by the amount of light in a room.

3D TV is television that allows the viewer to see a three-dimensional image. 3D TVs currently on the market are more expensive than other televisions, but are also compatible with 2D viewing. Most current 3D TVs require the viewer to wear 3D glasses and sit at a certain angle and distance to view the image effectively, however glasses-free 3D television isn't far off.

Smart TVs act to integrate internet functionality into the television, allowing complex control over what's being watch and how it's interacted with, as well as access to a wide variety of other features. Smart TVs can access on-demand streaming material, and are capable of running apps and accessing data in a similar fashion to smartphones.

What do I need to look for when selecting home video products?

The choice you make will depend on a few things - how big your rooms are, how much you want to spend and how you're using the TV.

Bigger isn't always better - large screens look fantastic, but if the screen's too big for the room, you'll be able to see each individual pixel, and the image won't be smooth. By the same token, if your screen's too small, you won't be able to make out any of the fine detail that makes good HD video such a pleasure to watch.

The cost of different display systems is obviously a factor too - newer technologies are almost always much more expensive, but almost always come down considerably in price eventually. LCD TVs are far cheaper than LED TVs, but the image isn't quite as good, and LCDs chew through more electricity (which itself is becoming more expensive).

Lastly, you might also want to consider how you're using the television or projector. While digital TV is only transmitted at a maximum of 1080i, most other video sources either use or are going to use higher-quality, 'full HD' 1080p image signals. Buying a television that isn't capable of displaying 1080p full HD signals means that you won't be getting the best possible picture quality from these sources - and likely any other video sources that are introduced in the future.

Features like internet access, built-in PVRs and 3D technology might also be worth considering - each can make a big difference to how functional your display is.

Another increasingly important consideration when you're buying a television or projector is how much electricity it's likely to use. As of October 2009, any television that carries one star or less in energy ratings will not be allowed on the Australian market. All other TVs and displays will carry an energy rating label, providing information on how much energy they consume. With electricity prices rising dramatically, it's worth investigating just how much of a difference energy efficiency will make to your ongoing costs.