How to deal with mould and rust

Mould, hard water and rust stains are all problems that are very common in bathrooms. All three of these types of marks are tough to remove properly, and if they're left for a while they can easily become permanent. While it's good to know how to remove them, knowing how to prevent them in the first place is vital to ensuring that they don't return. It's best to deal with mould and rust early, to prevent permanent stains.

How to deal with mould

Mould loves having damp areas to grow in, and because your bathroom's probably the wettest room in the house, it's very common to find it there. The warmth and moisture in the air offer ideal conditions for mould growth, particularly in dark areas like corners and drains. Poor air circulation is another big contributor, but one that can easily be countered using a bathroom fan when showering or bathing. Mould is nourished by the body oils and soap scum left behind every time the bath or shower is used. It’s tough to remove because it grows in cracks and gaps in the grouting and sealant.

To get rid of mould you can use a paste of baking soda and vinegar. Add around one cup of water, white vinegar and baking soda together. If the paste ends up too runny, add more baking soda. Smear the paste onto the affected areas, and gently scrub with a soft brush like a toothbrush until it starts to turn white and leave it to sit for around 20-30 minutes. Rinse well and repeat if needed.

For tougher infestations a 1-10 mix of water and bleach in a spray bottle will work quite quickly and effectively. Bleach is a big polluter though, so you should use it sparingly, if at all.

If you do plan on using bleach (or a commercial mould killer spray), make sure you have adequate ventilation and that there are no coloured fabrics around that could be spoilt by bleach marks. You will also need to ensure that you use the proper safety gear - some long rubber gloves, a pair of safety glasses of some sort and a 'P1' or 'P2' class respirator will help to protect you against the bleach.

If mould gets in behind the sealant, it may be worth stripping it out and reapplying it. Mould can be cleaned out from behind the sealant but it is highly likely to be a problem spot where mould will regrow quickly. Use a utility knife to scrape out the sealant, then clean the area with a bleach/water mix and reapply the sealant. Remember to choose a mould-resistant sealant designed for high moisture areas.

Hard water stains are caused by a build-up of mineral deposits like calcium and magnesium, eventually forming lime scales. These cause an ugly discolouration where the water hits the surface in a bath, and clogging and poor performance in shower heads.

To get rid of hard water marks, anything acidic is good. White vinegar works well, but lemon juice can also be used. A paste of baking soda and vinegar can also be lathered on to good effect. Tougher stains might require a commercial descaling agent.

Rust stains can appear from numerous causes. Scratches and scuffs on fittings can expose steel which will rust if it's not treated right away. The bases of cans used in the bathrooms (like shaving cream or deodorant spray cans) leave rusty ring marks on clean white surfaces that seep in and cause stains. Seal off any exposed steel as soon as you notice there is any with a spot of clear enamel, and use a bathroom caddy to keep any cans off your surfaces.

The baking soda and vinegar paste described above can again be used to remove rust stains, but the less scrubbing needed, the better in this case, so leave it to sit for a little longer. Another easy variation is to pour table salt over the rusted area and then squeeze lemon juice on it and leave it for as long as possible (preferably overnight or longer). This will draw the rust stains up and out through the salt. There are a number of commercial cleaners also capable of removing rust spots. If you decide to use one of these, follow the instructions carefully. 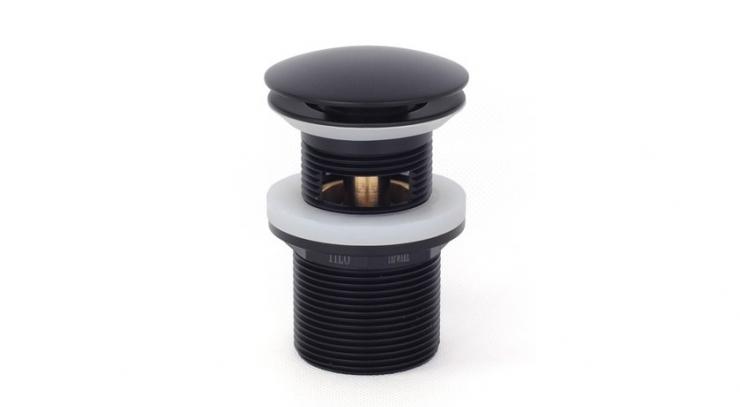