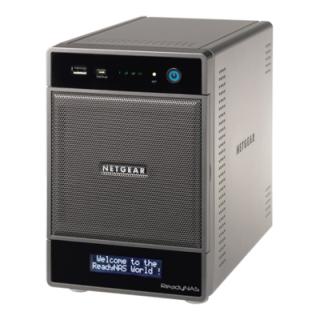 A NAS device by Netgear. NAS boxes come in a variety of shapes and sizes.

Take a look at the content we’re enjoying in the second decade of the 21st century. Our pictures, music and movies all have one thing in common – they’re all digital.

Photo albums, CDs and shelves full of DVDs are being replaced by files on devices around the home and on hard disk drives. Another more recent addition to our homes is a wired and wireless network. When you combine these factors you have the right combination to make sharing those files on the connected devices and smart TVs in your home a lot easier.

All you need is a NAS – Network Attached Storage.

What is a NAS?

A NAS is like a server whose main purpose is to provide a central storage and back-up platform.
Having a NAS allows users to create a media library in one central location with the ability for that content to be accessed not only from within your home’s network but also remotely from the other side of the world as well.

Now if there’s a song, a picture or a movie you’d like to see you don’t have to scour the shelves to find a disc or go into the back of the cupboard to drag out a huge photo album. With a NAS all of that content can be at your fingertips. The other, and equally important, task of a NAS set-up is to also be able back up the computers on your network.

What to look for when buying a NAS

So what do you need to look for when buying a NAS to suit your home and your needs? There are a few things actually – how easy it is to set up, the capacity, the ability to increase that capacity if required, file transfer speeds and the automatic back up of your networked computers.

Anyone building a new home or renovating an old one is now looking at the possibilities the latest technology can provide. Including a NAS as part of their network is now becoming even more commonplace.

Ease of use and setup

Ease of use is one of the most important features of a NAS. Let’s face it, you want the device and the whole set-up to be simple to use and accessible by anyone in the household whether it’s a teenager or a grandparent.

Many of the lastest NAS devices come with their own software to simplify the process of setting up the system and accessing it from all your other devices later. A good system will allow users to easily upload and access the stored content from labelled folders. Then it is a simple exercise to access that content on other devices like computers, smartphones, tablets, TVs, home theatre systems and gaming consoles.

NAS set-ups, by default, are wired solutions to gain the fastest access to your content on your network but with the increase with the number of portable devices in our homes it would also be wise to explore the wireless options or DLNA compatibility. DLNA (digital living network alliance) certified devices are able to connect to each other on the same network. This makes it even easier to access content from the NAS on wireless devices like a smartphone, tablet or laptop.

How big should my NAS be?

Capacity is another significant consideration especially if you’re looking to store and access a lot of content like movies which take up the most space when stored on a disc. When it comes to actual storage space on a NAS we’re usually talking in terabytes. And there are also different types of NAS devices depending on the amount of storage you're after.

Being able to add storage later or connect other NAS devices offers even more flexibility because it’s hard to predict exactly how your storage and back-up needs are going to evolve in the future. Anyone buying a NAS for their home should be thinking of it as a long-term solution rather than a short term one.

There are single, double and four bay NAS drives which with each bay able to hold a hard drive. Having multiple hard drives and bays in the same NAS not only increases the storage capacity but also allows the user to have a RAID (redundant array of independent disks) set up which basically backs up your back up so a drive failure will not result in the loss of your precious digital memories or important files.

NAS as a backup device

Backing up to an external device safeguards against the failure of your original device and the threat of losing all of your data. This is made even easier for users who purchase a NAS device which can provide automatic back ups of selected computers on your network.

The software that ships with respective NAS drives can take users step by step through the set up process which includes allocating scheduled back ups automatically.

Another benefit of this set up is also being able share a printer on your network for everyone in the household to use. If one of your main usages of the NAS is to store a library of movies to stream through your network then the speed of the device should also be on your checklist of things to look for before making your purchase.

File transfer speed might not make a huge difference if you’re accessing a picture or a song but if it’s an 8GB full high definition movie it may affect your viewing experience if you have a slow NAS as part of your entertainment system. Look for a NAS that offers Gigabit Ethernet so there are no pauses or dropouts during playback of audio or videos. This will also speed up uploads and back ups as well.

Your choice of NAS systems may also depend on the operating systems of the computers in your home. Enthusiastic Mac users should take the time to check the NAS they’ve got their eye on will play nice with their Apple computers. NAS devices by default all use the SMB (server message block) which is a Windows file sharing protocol. Macs can still use it but mainly use AFP (Apple Filing Protocol) so make sure the NAS can support it as well.