The pros and cons of LEDs

There is a lot of misinformation regarding light emitting diodes (LEDs) in the market place. The reasons for this are many and varied but it is safe to say that the introduction of new players into the industry has not necessarily been a positive one.

This has made the end user confused and weary of LEDs. This article will endeavour to explain the terminology and benefits of LEDs in a way that your customers can understand, while exposing the common myths so they can make an educated decision when purchasing LEDs for their home.
It is stating the obvious to say that LEDs are a lot more complex than the traditional incandescent fixtures. Incandescent lamps were cheap and easy to install but they were not energy efficient and did not have a very long life span. So the first step is to get the customer to think about what he or she wants in terms of lighting for their home.

Many customers have heard of the benefits of LEDs and are hell bent on getting them when another alternative may be more suitable. The good news is that the range and style of LEDs are much greater than they once were.

Often specialists in certain fields use terms which the general consumer does not understand. This has traditionally been the case in the computer, telecommunications and home entertainment industries. It is now the case with LEDs.

Some of the key points to communicate are about the performance of the fixtures are:

Lifetime: The lifetime of a traditional light source refers to how long it will take to burn out. When speaking about LEDs it explains how long the light will last above 70% of its specified light output. Some manufacturers do not adhere to this convention.

Directionality: Unlike traditional lights, LEDs do not necessarily emit light in all directions. They require lenses and reflectors to direct light onto the desired surfaces. Thus, it is important to know what size area or surface the customer wants to illuminate before purchasing any LED fixture or lamp.

Colouring: LEDs have an amazing ability to show a surface or items in its true colour or in a colour of your choice. This means the light emitted can be a white light, warm white (yellowish), cool white or a mixture of the three primary colours. There are three main indexes which are used when discussing the colouring properties of an LED.

In some instances it may be best to explain these terms and what they mean for the customer.

There are many benefits of installing LEDs but like any technology the benefits are only realized when the product is suited to the application. The main benefit of LEDs is that they can be five times more energy efficient than traditional incandescent and halogen lights and they can have a much longer lifespan. This means they are much better for the environment. Not only do they use less power and don’t have to be replaced as often, they do not contain mercury like CFLs where disposal of old lamps has become an issue.

Two other benefits which are not often communicated are that they are very durable and can handle vibration as well as extreme environments. They also do not emit infrared or ultraviolet radiation which can cause household furnishing to fade.

Consumers are used to determining the brightness of the light by the wattage of the globe. It was easy, the higher that wattage the brighter the light. We now have to educate the customer that it is a mistake to make this comparison to LEDs or even from one LED to another. When discussing the brightness of an LED it is important to emphasize the light output and light extraction efficacy.

A myth that is often circulated is that LEDs don’t generate heat. LEDs do not radiate infrared heat but do produce heat when converting electricity into light.

It is important to note that if the heat is not removed appropriately it will damage the light and probably not last as long as stated by the manufacturer.

Convey that the heat which is generated is removed by the heat sink and dispersed into the surrounding air.

Consumers are used to paying a rather insignificant amount to replace lamps in their homes and as such could think that LEDs are too expensive. It is true that initial purchase of LEDs cost more, but the return on their investment could be as soon as two years.

As with many other new technologies that have come onto the energy efficient market it can be hard to discern whether the product on offer can deliver what it promises. It is important to question the claims of the product, such as ‘LEDs last forever’. LEDs like other light sources do not maintain the same level of brightness for their entire life.

Encourage your customers to ask the following questions when researching LEDs:

1. How does the manufacturer define lifetime?
Reputable manufactures will provide a lifespan that equates to 70% of the original brightness.
2. What is the maximum temperature that the fixture can operate at?
3. Does the lifetime of the LED include the electronics and other components?
4. What warranty is offered by the manufacturer?
5. Does the LED fixture require a transformer and if so is it included in the price?
6. Does the fixture have any special features that have to be allowed for to assist the heat sink process?

Encourage customers to look at alternatives like replacing existing lamps with LED globes or installing just one fitting as a trial. This can be a less expensive alternative and help the customer dip their toe into the water of LEDs. There are LED replacements for outside spotlights, candle like globes an even one that looks like an old fashioned incandescent globe. There are also many companies making LED replacements for halogen down-lights.

Another alternative for customers to consider would be to install fixtures which are not just the standard halogen down-lights. New homes have to comply with lighting energy efficiency standards. Installing down-lights with halogen globes throughout the home will make it difficult to meet these standards. This is where LED pendent or wall lighting can assist in meeting the new standards while adding a real decorative feature to their home.

While there are an ever increasing number of LED manufacturers we recommend that customers source their lighting from a major lighting manufacturer who is established in the industry. These companies have tested manufacturing procedures and have spent significant time researching and developing quality LED products. They also tend to have proven warranty or replacement policies.

Although LEDs may seem confusing to begin with, they do provide some real advantages for the environment, the customer’s hip pocket while providing added technological features. 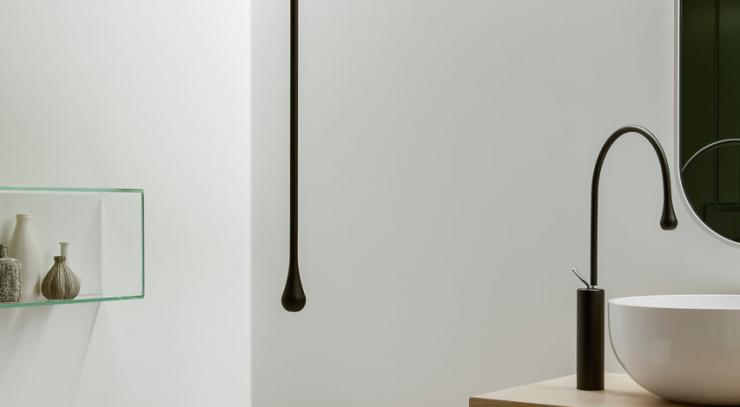 Why Do You Need Professional Floor Polishing? How a residential electrician can help you at your home

Tips to properly care for your trade vehicles

Things You Shouldn’t do When Hiring Skip Bin