Putting in a slab or stumps The type of floor you need will depend on the conditions on the site, and on the type of house you

Once the building site’s been properly cleared, prepared and secured, it’s finally time to start building your house! This begins with what’s called the ‘subfloor’, which is usually either a concrete slab, or a set of carefully planned stumps or pilings.

Getting the foundations and subfloor right is crucial, because this will determine how stable and sturdy the rest of your house is. The soil under your house will inevitably shift and move over time (more so in some places than others), so your house will need to be built to accommodate this.

The type of foundations and subfloor you need is normally determined following soil tests and a site classification by a geotechnical engineer. More ‘reactive’ soils (i.e. ground that’s likely to shift and move around more) will require foundations that are designed with this in mind – which is likely to be a fair bit more expensive.

If you’re building on a slope, this is also likely to require a special (and probably more expensive) subfloor.

The plumbing goes in before anything else. This will ensure that it’s in the right spot, and that its installation won’t disturb anything else. If you’re building a house with a concrete slab, plumbing pipes obviously need to penetrate it from below, so it’s important that they’re in exactly the right spot.

When the house is being planned it’s a good idea to use a bit of foresight, and consider the likelihood that you might want to install other plumbing fixtures in future - perhaps for an outdoor kitchen, or for an ensuite in the second bedroom. Installing the necessary plumbing for these sorts of things before the slab goes down really isn't a whole lot of hassle, and it could save you a small fortune further down the track.

Houses in Australia need to be protected against termites. This can be done with either chemical termite barriers, with physical termite barriers, or with an option that combines the two. The type that’s used will depend as much on the type of subfloor you’re building as it will on your own preferences, and the prevalence of termites and borers where you’re building.

If you’re building a house with a slab, sometimes a physical barrier (a steel mesh, a layer of graded stone or a chemically impregnated sheet) may be used under the slab. In other situations the ground itself will be drenched with termiticides too before the slab goes down (but after the plumbing’s gone in) – or they’ll simply be sprayed around the perimeter of the slab.

Because the chemicals they use these days aren’t as strong as the ones of yesteryear, reticulation channels may also need to be built into the slab to allow chemicals to be reapplied as and when it’s necessary (depending on what you’re building and where you live).

If you’re installing a stump subfloor, a physical termite barrier in the form of ‘ant caps’ or ‘termite caps’ (i.e. solid caps to separate the stumps from the frame of the house) are also likely to be used.

How stumps are installed

Firstly, the location of the stumps or piers is marked out, normally using a spray paint. Holes are then dug at these locations using an auger. The depth and locations of these holes will depend on how reactive the soil is, and how the house is going to be constructed.

How exactly the stumps are installed in the ground will depend on a few things, but to summarise the process - some concrete will be poured into these holes, the stumps will be set in this concrete and the rest of the hole will be backfilled with dirt around the stumps.

How slabs are installed

Once footers are in place, a polyethylene vapour barrier is put down to help prevent water from the soil from coming through the slab (and to prevent moisture from the wet concrete from being sucked out into the soil below).

A steel mesh is then set in place where the slab will go to help strengthen the concrete from the inside. The concrete for the slab is then poured inside the formwork, covering this steel mesh. Once the concrete’s poured, the concrete is vibrated to bring air bubbles to the surface, and is then carefully smoothed out and levelled in various stages using different tools - first with a screed, then with a long-handled tool called a bull float and then with a steel float or power float.

Once the concrete’s poured and setting, it’s important to prevent it from drying out too quickly. Allowing concrete to cure properly by keeping moisture in it will ensure that it sets harder. Properly curing concrete can double its compressive strength, and prevent it from cracking or deteriorating prematurely.

Leaving the formwork in place will help to keep moisture in from the sides, and the surface of the slab will normally be kept damp by wetting it and covering it over with plastic, or by various other means. The type of slab and footings that go down will depend mostly on the type of house being built, and on how reactive the soil is on the site.

How long will it take to install the foundations?

1-2 weeks, depending on the foundations used. Some piers can be installed and ready in a day.

Which tradespeople are involved? 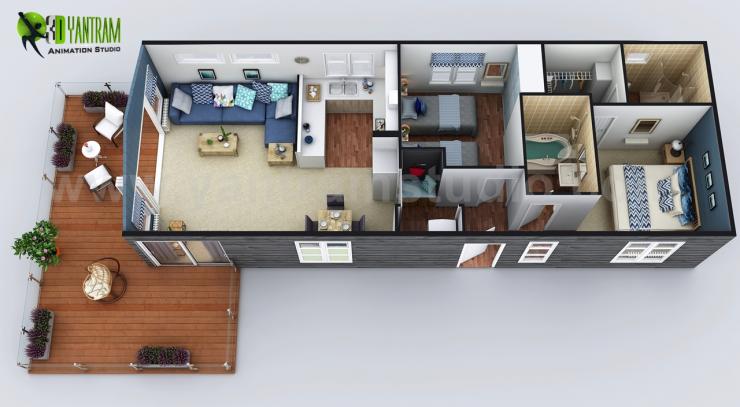