Solar hot water: do I have enough sunlight?

This sounds like an easy question to answer; the sun’s light can be found just about anywhere outside during the day time. Solar hot water systems vary dramatically in how useful they are based on just how much sunlight is available, though. Perhaps a better way to ask might be “Is enough sunlight available to economically heat your water using a solar hot water system?” 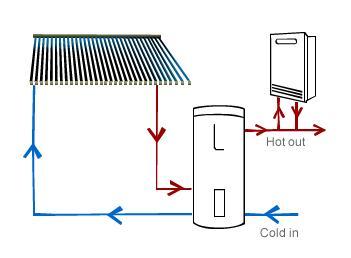 In colder climates, a booster may be necessary.

An electric boosted solar hot water system on the other hand, while saving energy in comparison to an electric storage system, will still produce around 2.5 tonnes of carbon gases per year. That’s about one tonne more than even a low-efficiency gas storage system.

Many people, particularly from southern regions in Australia, are reluctant to try solar as they don’t feel there is enough sunlight available. While it may certainly feel that way sometimes, just about every area in Australia is able to benefit from a solar water heater to some extent.

Flat panel collectors are a great way to heat water where plenty of direct light is available. In northern Australia, along the coastal and tropical regions, houses can run purely on solar hot water. There is enough latent heat in the air to keep the tank and panels hot almost all the time, so boosters are only occasionally activated.

Mid to temperate regions such as NSW will get a bit more use out of the booster during the colder months. There is still plenty of light available for a flat panel collector to work well, though evacuated tube collectors start to become more interesting here as they are very well protected against frost damage – something flat plate collectors are particularly vulnerable to.

People in southern regions such as Victoria and Tasmania will find that a booster gets a fair bit of use, and will normally opt for an evacuated tube array to collect the sun’s heat. The vacuum tubes provide magnificent insulation against the cold snaps and unpredictability sometimes experienced in these areas, and will still satisfy most of a household’s water heating requirements.

Solar hot water systems are more expensive to buy up front, no doubt about it. Their comparative repayment time is quite short though. The savings from using a renewable energy source to heat your water will quickly add up to exceed the initial cost of the system. Government rebates for solar hot water should also be factored in, as they can substantially reduce the purchase price of a new system and can put this goal within reach of many who may not have otherwise considered solar as an option.