Choosing the right interest rates can make a huge difference to your repayments.

When you get a construction loan or a mortgage, you’ll need to pay interest back to the lender on top of what you’ve borrowed – this is how the lender makes money from the arrangement. There are a couple of different ways in which interest is calculated – and choosing the right one can make a significant difference to how much you’re paying at any given time.

A variable interest rate mortgage is a loan where the interest rate you’re charged on your loan increases and decreases depending on the cash rate set by the Reserve Bank of Australia (the RBA).

On the first Tuesday of every month, the RBA officially meets to discuss and consider all kinds of economic indicators – and then they decide whether an interest rate change is in the best interests of the Australian economy.

If the underlying interest rate decreases and you continue to pay the same amount in your monthly loan repayments, a greater amount of capital will be paid off the principal amount of your loan.

Having a fixed interest rate provides the certainty of knowing the repayment amounts, and safeguards you against rising interest rates. At the same time, it also means that you’ll be paying the same interest rate even if the cash rate goes down significantly.

Should I choose a variable rate or a fixed rate?

Choosing between a variable or fixed rate loans isn’t always easy. What’s right for you will depend very much on individual circumstances, the loan duration, the size of your mortgage and most importantly the prevailing interest rate and the state of the economy. It’s not always easy to predict which way the economy’s likely to go in the coming years.
The fixed interest rates struck by lenders and financial institutions are determined by both the prevailing market interest rates and the lengths of the various terms on offer. The longer the chosen fixed term, the greater the spread above the current variable rate.

So… which is the right choice?

A variable rate loan has greater flexibility than a fixed rate loan, because repayments can vary and you can repay more off your loan if you have the ability to do so. A fixed loan often won’t allow additional repayments off the principal or an increase in regular repayments.

Another popular option involves a 50/50 combination of both types of loans. This provides some flexibility, while hedging your bets against the possibility of rising interest rates. 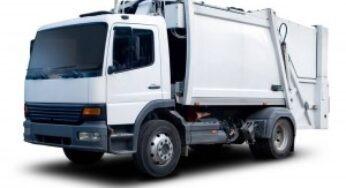