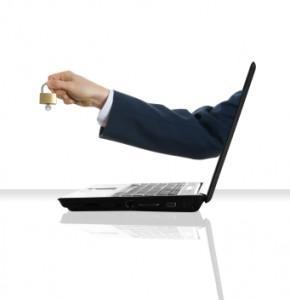 Where possible, you should secure your own wireless network and avoid accessing your neighbours' networks.

If you don't know exactly what it is, 'WiFi' refers to wireless network technology which allows you to use a WiFi enabled computer, tablet or smartphone anywhere in your home, provided that you have a wireless router installed. Wi-Fi network have become commonplace in homes, workplaces, and public spaces. Some WiFi access points are publicly accessible - these are often called 'hotspots', and and can legally be used either freely or by paying for access.

Is it illegal to use someone else's WiFi?

This isn't an easy question to answer, and in Australia, at least for the moment, it depends on what you do. Technically speaking, it's not yet illegal in Australia just to access your neighbour's unsecured WiFi network (or for them to access yours), although the minute you access a computer within that network, you're breaking the law. Likewise, accessing the internet through your neighbour's WiFi connection could also be considered illegal, in much the same way as it would be illegal for you to tap into their electricity supply.

Using someone else's WiFi is sometimes referred to as 'piggybacking' (for obvious reasons), and is all too easy to do if they haven't set up their security properly. WiFi networks can be set up using either WEP or WPA security, but often they're not, allowing anyone within range to connect. Many computers and devices are set up to connect to unsecured networks automatically for the sake of convenience, although this may result in you accidentally connecting to your neighbour's network.

Regardless of the legal technicalities that relate to piggybacking, it's always going to be a bad idea to join your neighbours' wireless network without their permission. Likewise, to keep the neighbours from joining your network (intentionally or otherwise) you should always ensure that you've properly secured your network.

You may be on excellent terms with your neighbours, and connect to each other's home networks with permission. Even if this is the case, it's worth remembering that when you signed your contract with an ISP, there was probably a clause in it prohibiting you from allowing anyone outside of your property from accessing that particular internet connection. While it's possible to consensually share a single internet connection between two households via wireless, in all likeliness you'd technically be breaking the law if you did so.