Incandescent light globes (officially called ‘General Lighting Service’ or GLS globes) were the defacto standard in homes across Australia for decades. Up until very recently these types of globe were, aside from fluorescent tube lighting, the only sensible option for most people. 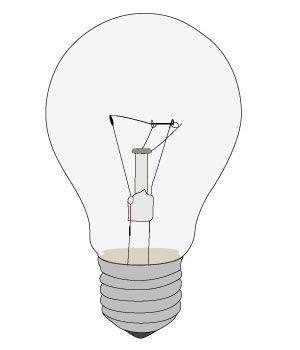 The defacto standard for decades, this type of globe has now been banned in Australia.

These globes featured many different shapes, sizes and designs, offering a variety of ways to project light. Likewise, they were available with a range of coatings and colours, and as such found a home in a great many different applications, from fridge lighting to disco lighting and beyond.

While they’re still around, traditional incandescent globes are incredibly inefficient, and the Federal Government is currently in the process of phasing them out in favour of newer, less environmentally taxing alternatives. Ironically, news of this ban initially saw sales of incandescent globes surge by up to 200% - perhaps a reflection on people’s long-term attachment to this technology.

Incandescent light globes work by running electricity through and heating a thin filament of wire so that it glows. These globes are infamous for the amount of heat they produce; of the power it takes to operate a standard incandescent light globe, approximately 80% is wasted as heat rather than light.

The biggest downside to traditional incandescent globes is that they only have a lifespan of 750 to 1,000 hours. By contrast, compact fluorescent lamps (CFLs) which are currently the most popular replacement option offer an 80% energy saving and operate up to ten times longer.

Standard incandescent globes were typically designed to mount in bayonet cap and Edison screw fixture types. Because of their lasting impact on people’s understanding of light globes, many people still relate to intensity of light globes in terms of the equivalent incandescent wattage (e.g. 40 watts = dull, 100 watts = bright).